A New Year of Awesome

Image 1: It is what it is; don't question its awesomeness. All credit for image goes to Jason Heuser. Give his deviantart page a quick look for more stuff like this. :)

Around this time four years ago I had roughly 3,600 views, now we are at almost 56,000! Thanks guys for all the support. I will continue to write articles next year and hopefully make it the best year for this blog yet. Furthermore  I am considering writing some opinion pieces e.g. the state of the NATO alliance, current events, etc.  Don't worry, they won't be dumbed down from by impartial "report" style articles. I will still publish a majority of report articles. It just makes it easier on me so I can put out more content.

I am always interested in your feedback! You guys influence what I write about so let me know. I might go back and update a few of the older posts. For example, an astute viewer let me know about some radar information I aught to change in the F-35 Maneuverability Woes article.

On another note, if you wouldn't mind, could you tell me how you found my blog? I'm curious as to how I can expand my audience.
Posted by Matt at 2:43 AM 2 comments:

The Future of 4th Generation Aircraft in the 21st Century 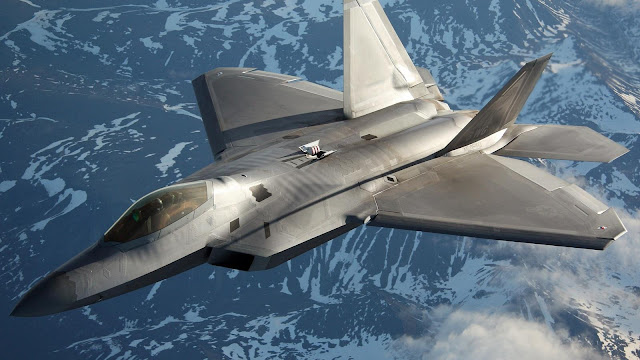 A generation of aircraft is defined by both the historical period in which was developed in addition to its general technological and design characteristics. With each progressing generation of fighter aircraft, the difficulty and cost to produce the new generation of aircraft rises significantly. (See Rising Fighter Aircraft Costs Over Time: http://manglermuldoon.blogspot.com/2011/07/usaf-fighter-aircraft-cost-over-time.html). For this reason, it is impractical to acquire large numbers of a new generation of aircraft very quickly.  When initial production of the F-15 began, it was an extremely expensive aircraft relative to its predecessor. Adjusted for inflation, the F-15 costs roughly three times as much as the F-4 (38.6 million vs. 13.6 million 2011 USD). Likewise, the F-22 Raptor costs roughly four times as much as the F-15. Over time, costs lower and production becomes cheaper. Furthermore, the complexity of modern fighter aircraft ensures that their deployment will be phased and take years. The days of quick mass production and immediate entry into service (e.g. World War II) is over. The USAF's full order of F-15A's was delivered to the USAF over the course of seven years. During that time, the proceeding aircraft is gradually phased out. Today, the older F-15's and F-16's that are not chosen for upgrades are being phased out in preparation for the USAF's transition to the F-35.

From a budgetary standpoint, most nations have opted to upgrade their existing 4th generation aircraft as opposed to seeking a new 5th generation aircraft. The cost is simply to high at this point for many nations to procure the 150 million dollar F-35 in large numbers (price variable if developmental costs included and by variant  some estimates higher than 200 million). Both the funds and technology required to build 5th generation aircraft ensures the use of upgraded 4th generation jets. Only the United States, China, Russia, and India have stealth programs that have or will come to fruition within the next decade. The state of Japan's military industrial complex is such that domestic production of the proposed ADT-X would be intolerably high.
More info: http://thediplomat.com/2011/06/23/japan%E2%80%99s-stealth-fighter-gambit/?all=true

Another reason why 4th generation aircraft will persist is many governments have decided that they do not need the stealth capability that 5th generation aircraft provide. Arguably the most intelligent method of procuring equipment is a capability to equipment based approach. That is, a government determines what capability it needs to ensure its own national security. Upon deciding what capability(s) is needed, the government  looks for equipment to best enforce the desired capability. Furthermore, many governments have put less importance on defense especially within Europe. Limited budgets and high personnel expenditures means even fewer funds can be allocated to equipment procurement.

Even in the most well funded and largest air force, the USAF, 4th generation aircraft will continue to remain in service. The USAF has plans to upgrade 176 of its current F-15C/D's with structural improvements, improved radars and a joint helmet mounted cueing system. They will remain in service until 2025. The F-15E Strike Eagle will remain in service until at least 2035 (Global Security, 2011)  The venerable F-16 will also remain in the USAF inventory. Current plans call for 300 of the newest USAF F-16's (Block 40, 42, 50, 52) to be upgraded with a new AESA radar, radar warning system and an improved cockpit display. (Flight Global, 2011) Likewise, within the U.S. Navy, the F/A-18E Super Hornet and its electronic warfare variant,  the F/A-18G, will continue to remain in service inspite of the F-35C.

Despite the recent media attention to China's second stealth fighter program, China's air force will largely be predominately composed 4th generation fighters with 3rd generation fighters being phased out over the next decade. The J-10, Su-30, Su-27, J-11, and J-15 will continue to serve past 2020 in China's air force and navy. The J-20 will likely begin to enter service around 2017-2018. However, after 2020, China is capable and will likely produce hundreds of stealth aircraft. Based on the limited information the public has on the J-31, it will likely be produced in heavier numbers than the bulky J-20 as the J-31 fulfills the light fighter requirement role. Furthermore, China is the only power aside from the United States who can finance multiple stealth fighter programs on its own. The Chinese military budget is expected to grow by 142% between 2010-2015. (WSJ, 2011) Chinese pilot quality has also increased with the rapid increase of mandatory flight hours per year (100-200 hours REF 8) However, the quality and technological complexity of China's stealth fighters remains dubious compared to its U.S and Russian peers.

Despite the concern over the PAK FA, the majority of Russia's air force will be comprised of upgraded 4th generation fighters. Russia plans to spend 600 billion dollars over the next decade on weapon procurement. (Russian Today, 2010) The 4.5 generation Su-35S will be ordered in large numbers. Russia plans to procure 250 PAK FA fighters with the possibility of a second stealth fighter program, the Sukohi LMFS, being produced later on.

India recently announced with would reduce its PAK FA order to 144 down from the original 200 (India Strategic  2012) due to cost concerns. Although the MRCA program is currently in limbo, India's future air force composition will largely be comprised of 4th generation fighters regardless. The 3rd generation Mig 21 will likely be phased out over the coming decade. India recently finalized a deal upgrade its fleet of Su-30MKI fighters for 3 billion dollars. The 4th generation HAL Tejas and 4.5 Rafale (pending investigation) will serve in India's Air Force and Navy. The AMCA program might come to fruition (Domestically produced Indian 5th generation fighter) but it is not planned to enter service until past 2020.

Made in China? A History of Reverse Engineering Part II

Due to the success of the first post, I decided to do a sequel with some clarifications between reverse engineering and imitation.


In the following examples, designs originally built by both the U.S and Soviet Union were reverse engineered by China. For the purposes of this article, reverse engineering is defined as:

The reproduction of another manufacturer's product following detailed examination of its construction or composition. - Merriam Webster 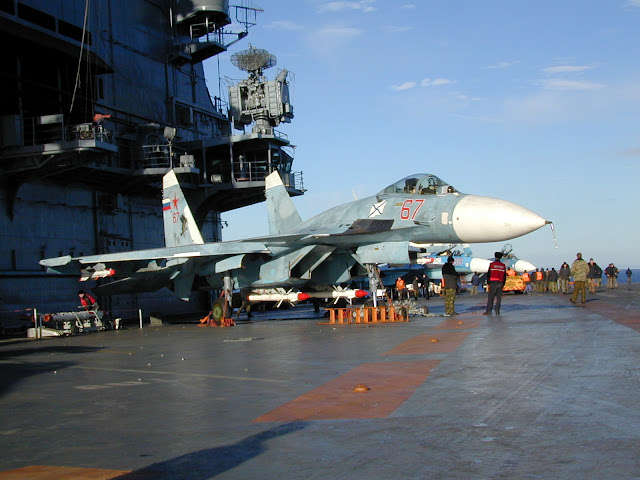 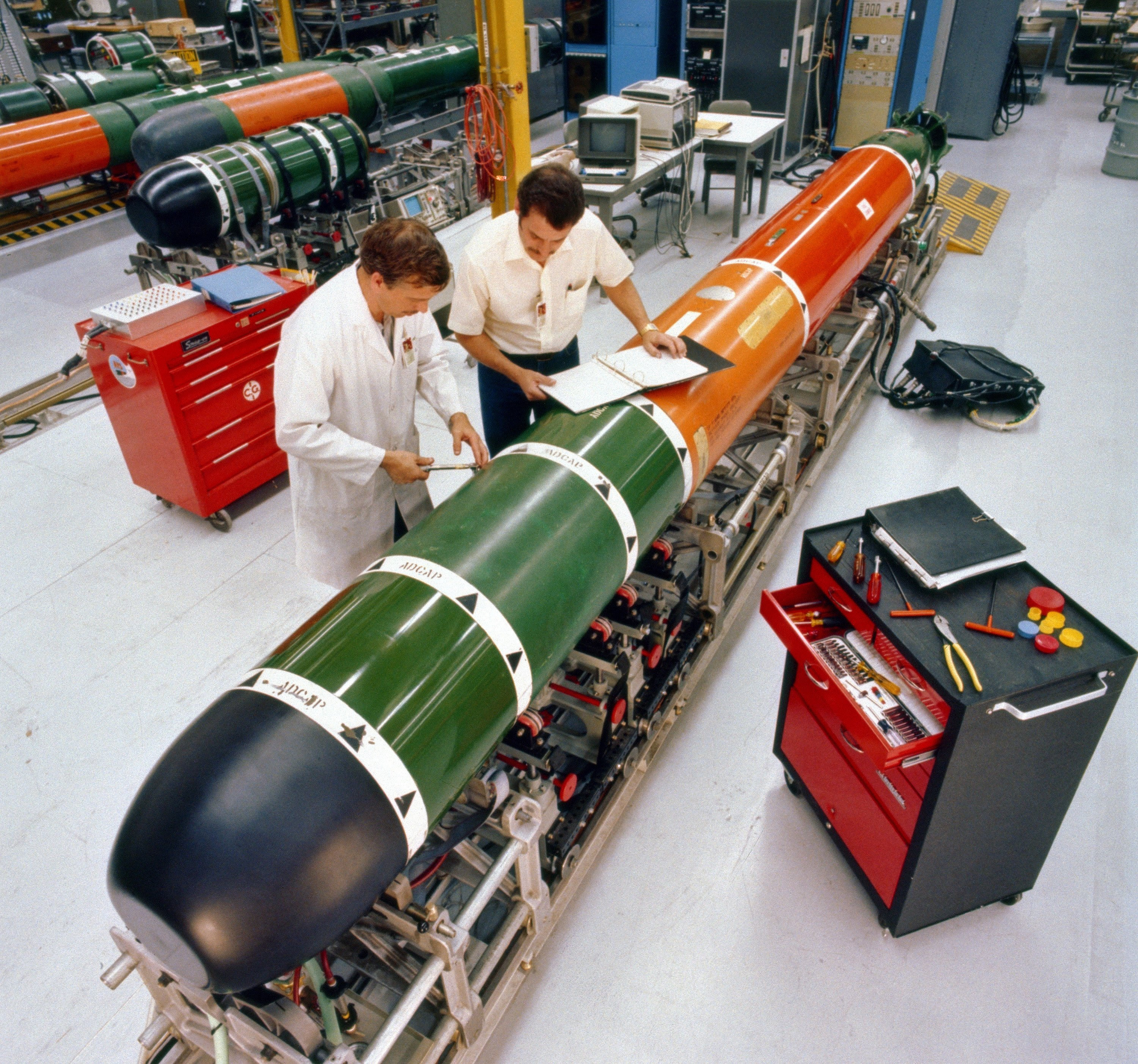 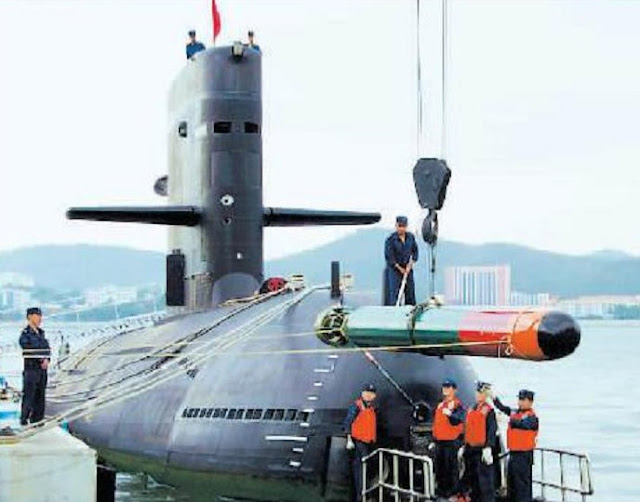 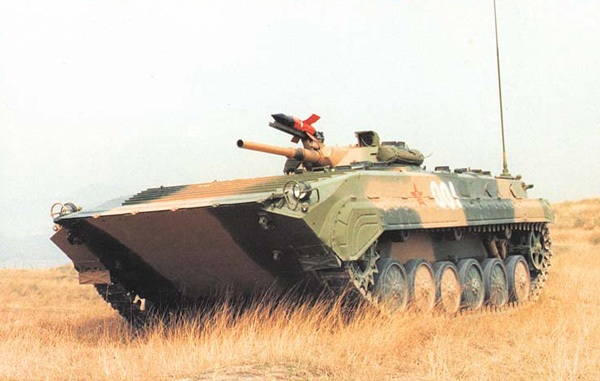 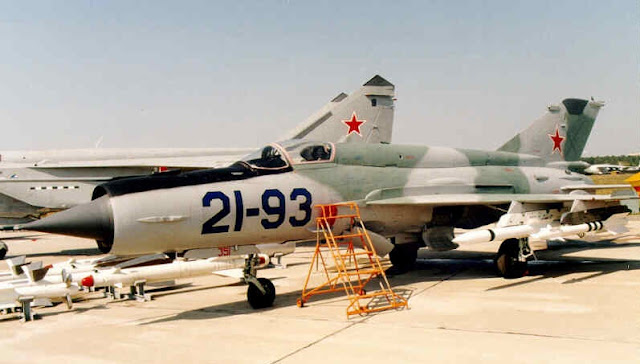 The following Chinese designs have a remarkable degree of similarity both visually and operationally to their American counterparts. With the possible exception of the J-31, no reverse engineering occurred on the part of China in the literal sense. 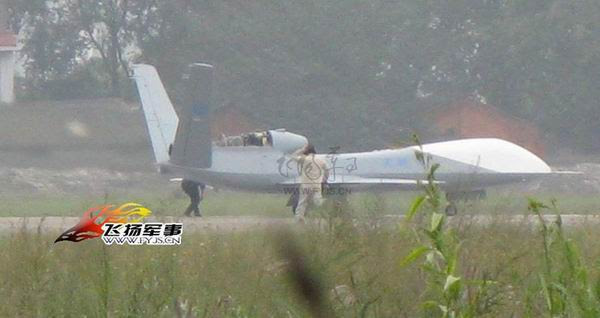 America's Next Generation Bomber Part I

America's bomber fleet is small and aging rapidly. With the exception of the B-2, the bulk of the American bomber force is unable to penetrate the air defenses of an advanced hostile nation with acceptable rates of survivability. Although the B-52 force has served the U.S well for half a century, it has its inherent limitations. Survivability against SAM systems became an issue as early on as the Vietnam War. The speed, reduced radar cross section, and payload capacity of the B-1B makes it a highly capable platform. However, in an extremely high threat environment,  its survival is not guaranteed. Only the B-2 can enter a high threat environment, deliver a sizable payload, and leave with impunity. The incredibly capability the B-2 grants USAF is accomplished by only 19 operation aircraft. America needs more stealth bombers in the event of a high intensity conflict with a Pacific great power. The Long Range Strike-B (LRSB) will become instrumental in defeating anti-access weaponry in the event of a future conflict. The case for the LRSB will be made following a brief service history of the B-2 and its contributions to national security.

The B-2 is an ionic image of America's status as a global super power. The B-2 was designed during the late stages of the Cold War to penetrate the advanced Soviet integrated air defense network and deliver nuclear munitions. Since the collapse of the Soviet Union, the B-2 has served the United States like no other aircraft. The B-2 has served in every American conflict since the first bombers were delivered in 1993.  The endurance, survivability and lethality of the B-2 were most recently demonstrated in Operation Odyssey Dawn.

Utilized in conjunction with a storm of over 100 Tomahawk cruise misses, B-2 bombers were able to knock out a significant portion of Libya's air defenses. Three B-2 bombers from the 509th Bomb Wing at Whiteman Air Force Base flew a 25 hour sortie to hit 45 hardened aircraft shelters in Sirte (Brigadier General Scott Vander Hamm, 2011). All shelters were destroyed with no B-2 losses. Although cruise missiles can take out a wide variety of targets, the technology used to intercept cruise missiles has improved rapidly. The Russian S-300PM/PMU1 is claimed to have a 40-85% kill ratio for cruise missiles such as the Tomahawk. (Air Power Australia, 2012) Furthermore, hardened targets such as bunkers or aircraft shelters remain too resilient for standard cruise missiles. Any adversary a fielding high quality SAM system (S-300, S-400, etc) and makes use of hardened facilities could continue to operate inspite of U.S strikes. Eliminating hardened targets ideally suits a B-2 equipped with precision guided bunker busting munitions (e.g GBU-28).

Although the B-2 is an exceptional aircraft, the limited fleet size is a major concern. When the B-2 "Spirit of Kansas" crashed in Guam, the damage was total. Adjusted for inflation, the B-2 costs roughly 2 billion dollars each. With the cost of upgrade packages included, the unit cost of the B-2 is even higher. The B-2 is simply too costly to procure in large numbers. Despite the current robust stealth performance of the B-2,  it was designed two decades ago. New developments in stealth technology will insure the USAF's new bombers continued admittance into heavily defended airspace for decades to come.


Part II: The LSRB (next week) 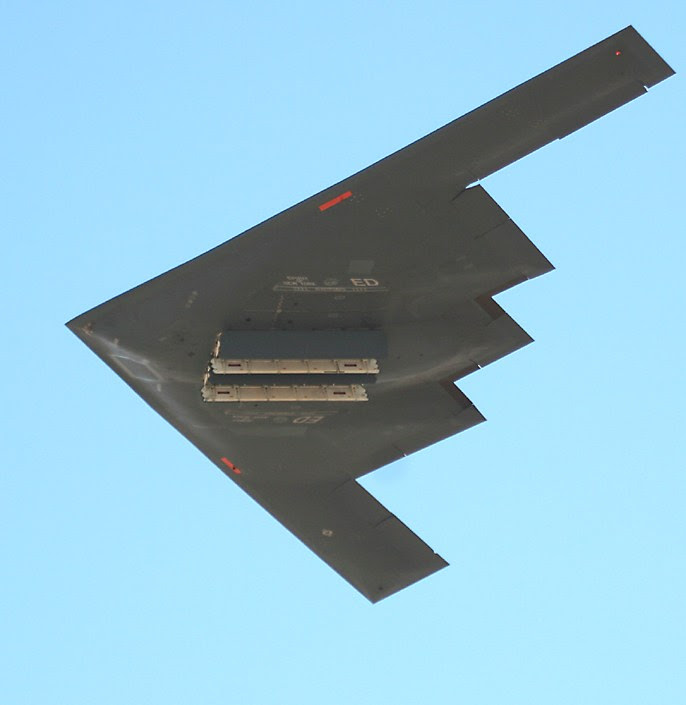 I plan to post a storm of articles in the coming weeks so stay tuned! I'll have much more free time soon (in about a week). Current articles in the works: Made in China? A History of Reverse Engineering Part II, What would an American Strike on Iran Accomplish?, America's Next Generation Bomber, The Big, the Fat and the Ugly: logistic assets that make America a Super Power, and The Future of 4th generation aircraft in the 21st century.

Let me know if you have any feedback or concerns in the comments!