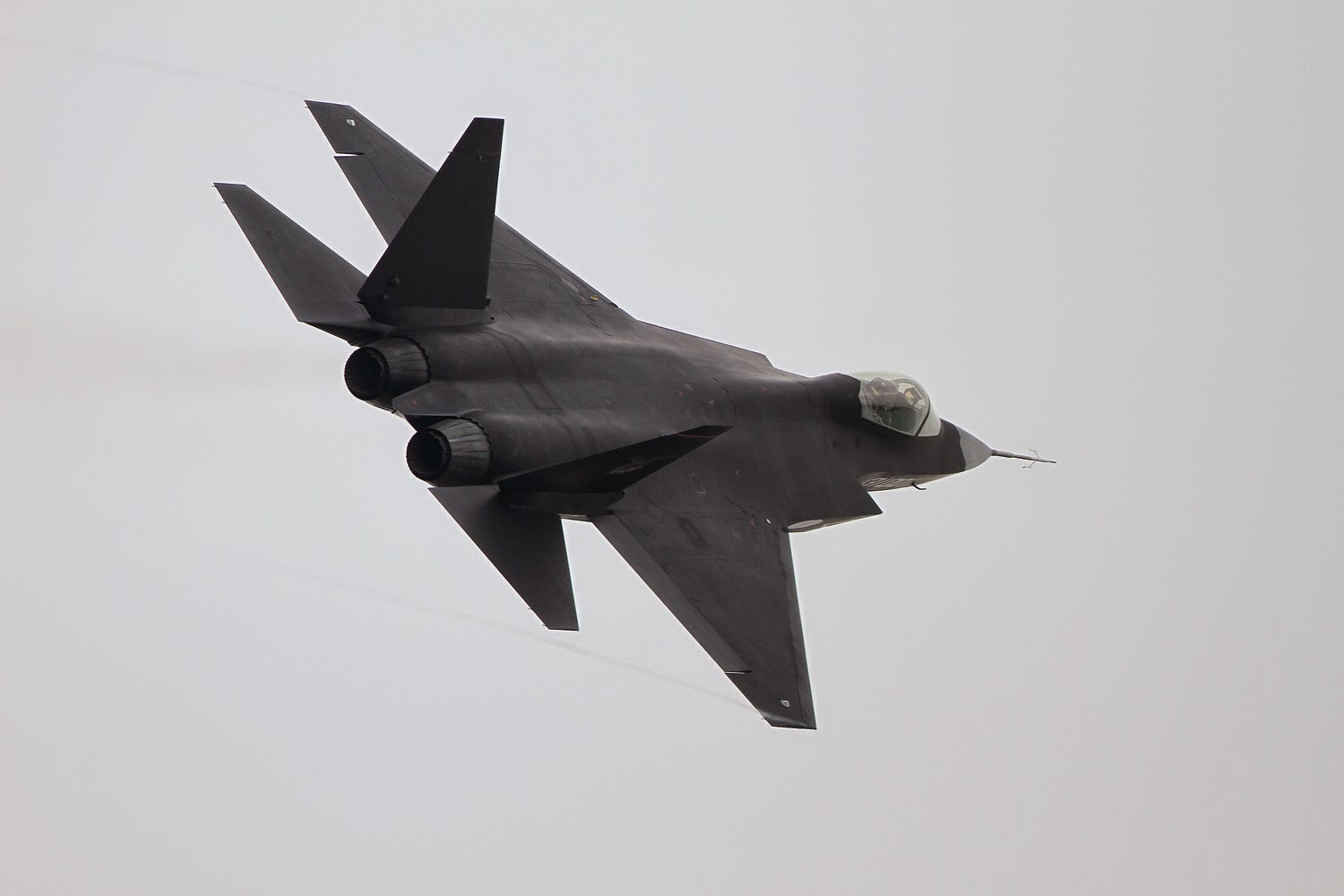 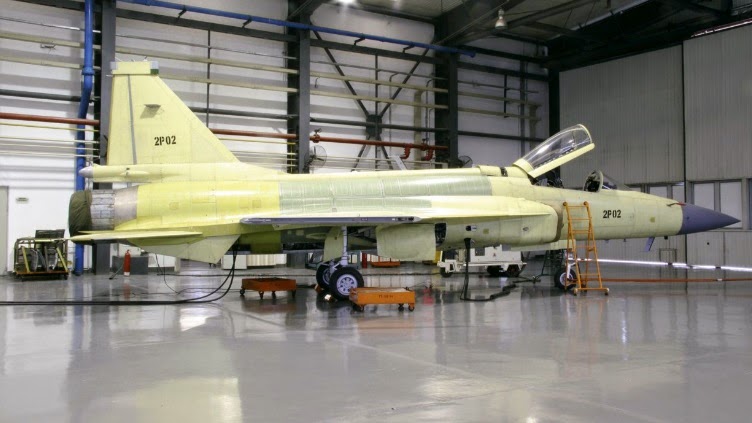 Between 2010 and 2014, Chinese arms exports have surged by 143% and accounted for 5% of the global total in 2014. China's past and ongoing efforts to expand its arms industry provide insight towards which countries may potentially acquire the FC-31:


"A significant percentage (just over 68 percent) of Chinese exports went to three countries: Pakistan, Bangladesh and Myanmar. China also exported major arms to 18 African states. Examples of China’s increasing global presence as an arms supplier in 2010–14 included deals with Venezuela for armoured vehicles and transport and trainer aircraft, with Algeria for three frigates, with Indonesia for the supply of hundreds of anti-ship missiles and with Nigeria for the supply of a number of unmanned combat aerial vehicles." - SPRI, 2015

Efforts by the Chengdu Aircraft Corporation (CAC) in cooperation with the Pakistan Aeronautical Complex (PAC) to export the FC-1/JF-17 indicate China is targeting countries which have traditionally imported Russian combat aircraft.  CAC has offered the JF-17 to Bulgaria, Myanmar, Nigeria, Indonesia, Egypt, and Argentina (Bokhari & Jennings, 2015). It is important to note that while Shenyang produces the FC-31 rather than Chendgdu, both companies are subsidiaries of the state owned Aviation Industry Corporation of China (AVIC) which is responsible for exporting the products of its subsidiary companies.

The JF-17 is pitched as a low cost alternative to Western and Russian designs in the low-end fighter export market with standard 4th generation capabilities and a unit price of $20-25 million (Panda, 2015). The low unit price and fairly competitive capabilities makes the aircraft a viable option in many of the countries above, particularly in Argentina, Bulgaria, and Nigeria where ongoing financial constraints are expected to heavily influence potential acquisitions (Panda, 2015). However, the only country to take delivery of the JF-17 has been Pakistan despite the numerous attempts to export the aircraft in the aforementioned countries.

In terms of how efforts to export the JF-17 relate to the FC-31, it is probable the FC-31 will be offered to countries within a similar profile to those above. Countries which are not aligned with the West or the United States from a security perspective, have traditionally bought Russian or French supplied combat aircraft, and are likely to place a premium on affordability. While China is expected to find an export customer for the JF-17 in the near term, China's relative inexperience in providing logistics and training support to foreign customers is likely to hamper any bids. For example, it took several years for Saab with its low cost JAS 39 (from Sweden) to prove itself as a competitive supplier of combat aircraft on par with more established companies in the field like Lockheed Martin and Sukhoi.

Another potential issue with future attempts to export the FC-31 results from the requirements of expected export customers. While the FC-31 is expected to be much more affordable than the F-35, it will be undoubtedly more expensive than the current JF-17 unit price of $20-25 million. The greatest strength of the JF-17 is its low unit and operating costs relative to Western and Russian equivalents. A few of China's potential export customers might be willing to reduce the number of aircraft required in order to obtain higher quality aircraft but the strategic needs of many of these countries is insufficient to justify a high-end low observable fighter. For example, Nigeria is unlikely to value low observability when its primary concern is acquiring platforms capable of conducting affordable air to ground missions against Boko Haram. As defense aviation expert Richard Aboulafia has argued,  "The worst enemy of the best is the good enough" in the fighter export market. However, if troubles with Russia's T-50 continue, China could find an opportunity to further assert itself among traditional Russian customers with greater requirements than the JF-17 offers. 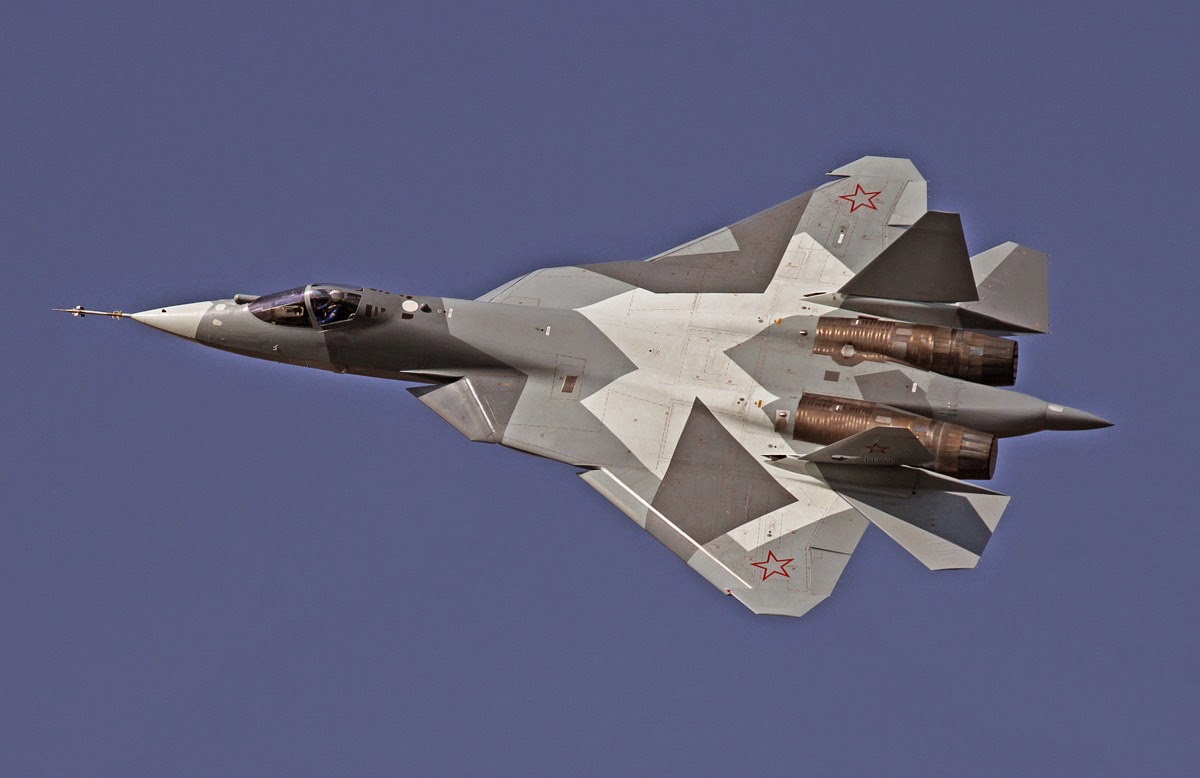 Russia’s deputy defense minister for armaments, Yuri Borisov, recently announced Russia intends to cut its original order for 52 T-50s delivered by 2020 to just 12 aircraft in the same time frame. While the Defense Ministry's official justification for the reduced order is Russia's ongoing recession, technical difficulties with the aircraft's development undoubtedly contributed to the cut. Sukhoi has been fairly opaque with respect to providing information about the progress of the T-50's development but Indian sources have provided a wealth of information regarding the ongoing difficulties in the T-50's design process; India has spent $5.5 billion financing the development of the T-50 with the intent of acquiring 130-145 of the FGFA variant of the aircraft for a total cost of $25 billion (Raghuvanshi, 2015).


"The IAF's three top objections to the FGFA were: (a) The Russians are reluctant to share critical design information with India; (b) The fighter's current AL-41F1 engines are inadequate, being mere upgrades of the Sukhoi-30MKI's AL-31 engines; and (c) It is too expensive...The IAF's deputy chief of air staff (DCAS), its top procurement official, declared the FGFA's engine was unreliable, its radar inadequate, its stealth features badly engineered, India's work share too low, and that the fighter's price would be exorbitant by the time it enters service." - Ajai Shukla, 2015

While it is difficult to confirm the full extent of the T-50s development issues, Russia's ongoing financial problems combined with India's increasing unease with the program may facilitate Chinese efforts to market the FC-31 in countries which have already expressed interest in the T-50 such as Iran. Despite the ongoing sanctions against Iran, China has already provided equipment and expertise to upgrade Iran's existing fleet of F-4 Phantom aircraft. 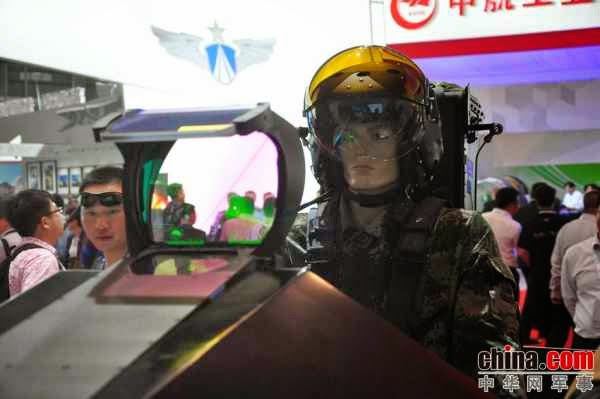 Reliable information on the FC-31's avionics is sparse. The model featured at Zhuhai, not the operational flight demonstrator, featured a similar electro-optical targeting system (EOTS) system  to the latest J-20 prototypes. Furthermore, it is expected the aircraft will feature an actively scanned electronic array (AESA) radar (Minnick, 2014).China has made significant advances in AESA technology over the last decade. China's first generation AESAs were developed for the J-10B and J-16 with the intent of producing a second generation AESA for the J-20 (Feng 2014).

Two major factors are likely to determine the FC-31's T/R module count: the willingness of China to export sensitive technology and domestic technical/manufacturing capabilities. Chengdu's willingness to offer the AESA equipped J-10B to Argentina demonstrates that China is willing to export its first generation AESA technology (Jennings, 2015). In contrast, China enacted an export ban policy with respect to the J-20 in December of 2014. While the sensitive technologies incorporated into the J-20 are more extensive than a second generation AESA, the export ban suggests AVIC will be unwilling to export similarly capable AESA systems in both the FC-1/JF-17 Block III and FC-31.

The article, The Technological Maturity of Chinese AESA Technology & Strategic Impacts, discusses the technical capabilities of the Chinese aerospace industry in great detail. For the purposes of this article, the analysis of the J-10B's first generation radar is largely applicable towards the FC-31. Both airframes feature smaller nose cones than the PLAAF's flanker derivatives leading towards a smaller possible T/R module figure. Furthermore, both are likely to contain 1st generation packing and cooling technology given China's willingness to export both aircraft but not the J-20. Thus, the author estimates a T/R module figure for the FC-31 to be similar to the J-10B's which is likely no greater than 1,000 T/R modules. 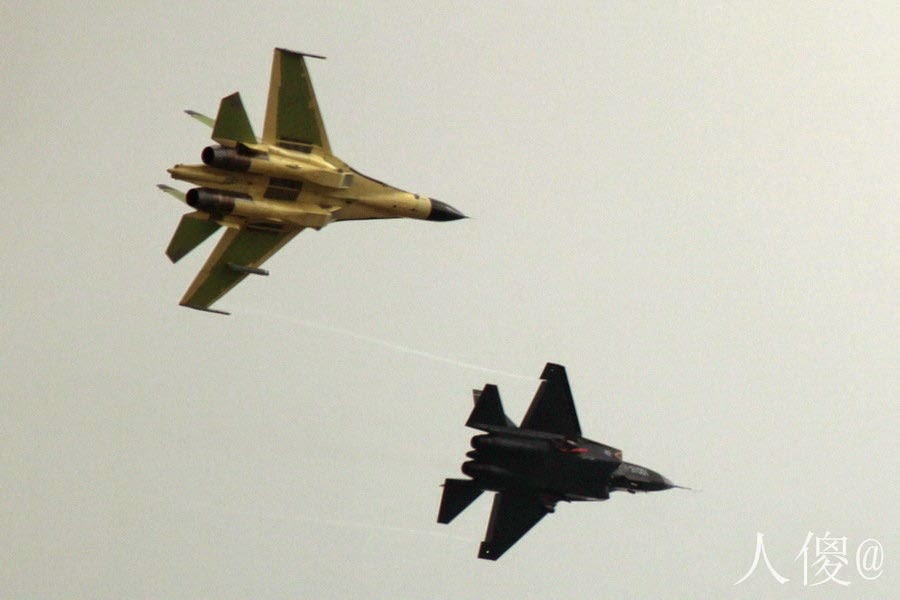 The strategic impact of the FC-31 is dependent upon the relative capabilities of the aircraft in conjunction with the countries which will acquire the aircraft. In terms of capabilities, there are significant reasons to be skeptical of claims that the FC-31 will out preform the F-35 given ongoing quality control issues, engine reliability concerns, and the relative inexperience of the Chinese aerospace industry in the manufacturing of fifth generation avionics as discussed in Part I. However, the J-31/FC-31 does not have to be equivalent to the F-35 to pose a significant threat - especially in large numbers. Fourth generation American fighters such as the F-16C/D which will not be upgraded with modern AESAs will be outclassed.

Countries which are likely to express interest in the FC-31 over the next decade in Africa and Latin America are inherently predisposed to acquire limited fleet sizes due to the FC-31's niche in the global fighter market. Countries with access to greater financial resources or have the required geopolitical ties are more likely to pursue either the F-35 or the T-50. Few countries in Latin America and Africa which China is likely to supply arms are openly opposed to the United States and its allies. The strategic impact of the FC-31 would be greatest in Asia for the United States and its allies if the FC-31 was fielded by either Iran or Pakistan; AVIC has expressed interest in exporting the FC-31 to both countries (Minnick, 2014).

The Islamic Republic of Iran Air Force (IRIAF) is largely composed of third generation US aircraft supplied during the 1970s before the Islamic Revolution in 1979 as well as remnants of Saddam's air force which fled during the Persian Gulf War. The IRIAF is generally regarded to be an obsolete fighting force and the ongoing lack of spare parts has reduced the readiness of foreign supplied aircraft (Jennings, 2015). The addition of a modern fighter aircraft to the IRIAF would greatly increase the difficulty of Gulf allies in achieving air superiority absent of US intervention.  All Gulf allies in the region field fourth generation aircraft such as the F-15S, F-16C/D Block 50/52+, F/A-18C, and Eurofighter Typhoon, 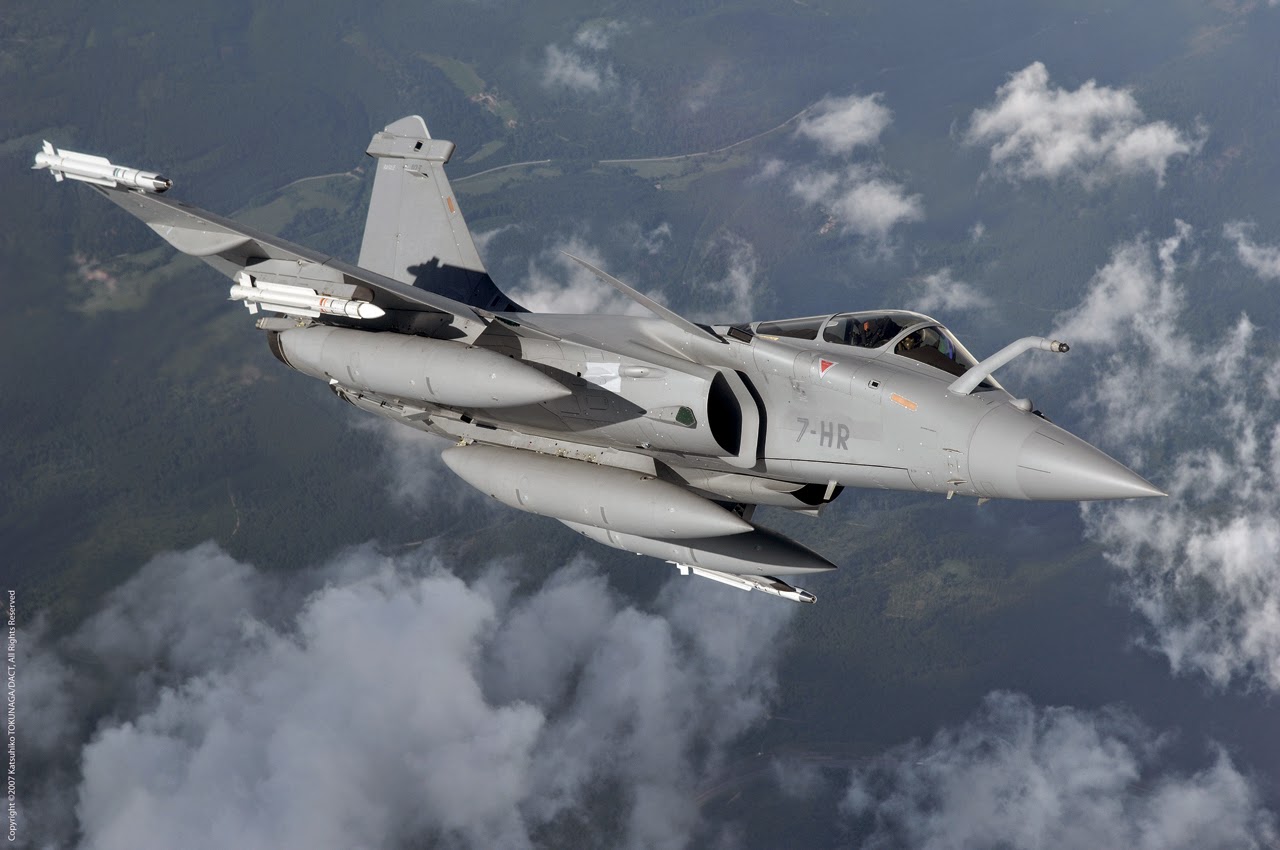 Image 6: Dassault Rafale. France and India recently singed a deal for 36 Rafales, ending three years of stalled negotiations. However, many IAF officials do not believe they will be able to sustain the acquisition of both the FGFA and Rafale.

Pakistan has expressed interest in purchasing between 30 to 40 FC-31s as reported by IHS Janes in November of 2014. In a similar manner as Iran, the addition of the FC-31 would greatly augment the PAF's existing fighter force. The Pakistani Air Force (PAF) has been increasingly unable to match the recent acquisition and modernization efforts of the Indian air force. However, the limited number discussed is unlikely to dramatically change the outcome of a conventional conflict. In terms of equipment, the Indian Air Force will maintain a quantitative and numerical advantage under the assumption that it improves the readiness of its Su-30 MKI force which is currently 56% due to faulty Russian supplied engines.

In terms of the deployment of the FC-31 having an impact on the United States, Pakistan is not an overt adversary despite efforts of the ISI to fund select elements of the Taliban in the tribal regions. Furthermore, India is not strictly an ally of the United States given the stringent desire of New Delhi to maintain its non-aligned status. The relative military balance of power between Pakistan and India is of interest to the United States given its security and implications on regional stability.

In conclusion, AVIC will likely target countries in Latin America, Africa, and Asia which have traditionally bought Russian or French supplied combat aircraft, do not have a security relationship with the West or United States, and are likely to place a premium on affordability. The FC-31 will likely occupy a specific niche in the future fighter market among countries which are unable to aquire either the T-50 or F-35 but require greater capabilities than more affordable fourth generation alternatives like the JF-17 and JAS 39. The strategic impact of the FC-31 will be minimally significant in Latin America and Africa for the United States but may cause concern in Asia if both Pakistan and Iran acquire the aircraft.