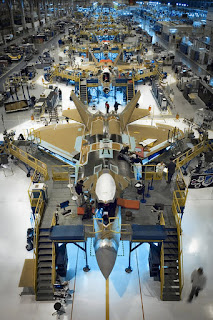 In recent weeks, a renewed interest in restarting F-22 production has emerged from both Capitol Hill and the defense policy community. In 2009, Defense Secretary Robert Gates lobbied Congress to terminate F-22 production at just 187 airframes; his decision to limit the F-22 production line was the culmination of his long running feud with the Air Force. Gates was adamant that the armed services should prioritize the development of practical capabilities relevant to the ongoing conflicts in Iraq and Afghanistan. In his testimony before Congress, Gates argued the F-22 was “a silver bullet” solution to the non-existent problem of foreign fifth generation aircraft which could deny U.S. air superiority in a hypothetical conflict with a near-peer competitor. As the Administration, lawmakers, and the Department of Defense begin to accept the reality that the United States will once again contend with the threat of great power competition and high-end conflicts, the acute deficiency of dedicated air superiority platforms within the USAF fleet hobbles the ability of U.S. forces to both achieve aerial superiority and assure all
domain access against near-peer competitors.

A small but highly capable fleet of F-22s serves the nation as not only a highly credible deterrence force with recent rotational deployments to Japan, the Korean Peninsula, and Poland, but also as a provider of robust warfighting capabilities over the skies in Syria. Despite the unique and unmatched capabilities of the F-22 in the air superiority mission, the USAF should not pursue restarting the F-22 production line. Restarting production would delay the sixth generation F-X program which must be accelerated to keep pace with both emerging threats and to preserve the skills and technical base of the three remaining combat aircraft manufactures; waiting 10 years to start the F-X program will reduce the viability of Boeing to compete against Lockheed Martin and Northrup Grumman who have active long-term combat aircraft contracts. The USAF must leverage the lessons learned from both the F-35 and L-RSB programs, such as the importance of stable requirements and use of mature technologies, to rapidly develop and procure a sixth generation air superiority aircraft. In parallel with the accelerated development of the F-X, the USAF should field interim solutions to rapidly enhance the effectiveness of the F-15, F-35, and planned arsenal plane in the air superiority mission.

Image 2: Northrup Grumman sixth generation concept. The lack of a tail is likely an indication the concept aircraft is optimized against VHF radars which have the potential to detect X and S optimized stealth aircraft like the F-22 and F-35 as per the Rayleigh scattering region. Image Credit: Northrup Grumman.

The Air Force originally planned to procure 700 F-22s to fully replace its fleet of F-15C/D aircraft during the 1990s. As a result of cost overruns and program delays, the Air Force subsequently revised its planned force structure to 300 F-22s during the 2000s. No credible analysis of future operational needs against a near-peer competitor has concluded the USAF’s current Raptor fleet is sufficient to wholly provide sufficient air superiority capabilities. Of the 187 aircraft delivered to the USAF, only 123 are combat coded with the remaining F-22s serving in test and evaluation, attrition reserve, and training roles. Factoring in the reduced sortie generation rate of US aircraft in the Pacific given the extended transit periods between distant Western Pacific bases such as Guam and Kadena from expected deployment areas such as the South and East China Seas, the limited number of F-22s becomes especially acute. To mitigate the Raptor shortfall, the USAF has sought to upgrade its venerable F-15C/D fleet and has debated assigning additional air superiority responsibilities to the F-35. These short term solutions are not sufficient to meet USAF operational needs prior to the introduction of the F-X in the 2030s. The means in which the USAF seeks to bolster its F-15 and F-35 force in the interim period will serve as an instructive experience in formulating sixth generation requirements and testing relevant technologies.

The early termination of the Raptor production in concert with extended F-35 program delays will force the USAF to field a mixed fourth-fifth generation fighter force well into the 2030s. A total of 414 F-15C/Ds and F-15Es will receive a service life extension program (SLEP) to keep them airworthy into the 2030s in tandem with adding a new actively scanned electronic array radars, upgraded cockpit displays, an improved electronic warfare suite, an infrared search and track (IRST) pod, and a fourth-to-fifth generation communication pod such as the Talon Hate. Given its extended service life and robust upgrade package, the F-15 force should not be disregarded as a depreciating asset. The lack of a low observable airframe is somewhat offset by the F-15’s 1,000+ nautical mile (nm) combat radius (compared to roughly 500 nm for the F-35 and 470 nm for the F-22), comparatively low per-flight hour maintenance costs, high operational readiness rate, powerful 1,500 element AESA radar, and the aircraft's large growth potential. Two proposed solutions have the potential to both bolster the air-to-air capabilities of the F-15 and inform USAF decisions to draft requirements for the sixth generation F-X.

The USAF Research Laboratory is working to field a 100 kilowatt (kW) center-line laser pod demonstrator on an F-15E in the early 2020s. A 100 kW laser pod would provide substantial anti-missile defense capabilities as well as a nascent anti-unmanned aerial vehicle and anti-aircraft capability. The technology for a 100 kW laser pod is relatively mature and would better inform USAF deliberations to field a more powerful 150 kW+ directed energy weapon on the F-X. The USAF Research Laboratory has stated among the many proposed features of the F-X would be a “deep magazine”. Both the F-22 and F-35 Block IV can only accommodate six AIM-120D missiles (the F-22 also has two shorter range AIM-9X sidewinders in the side weapon bays). Against a numerically superior force equipped with highly capable digital radio frequency jammers (DRFM), the probability kill (pk) of each missile is expected to fall to approximately 50%. While the F-22 and F-35 cannot externally carry weapons without compromising their low observable profiles, the F-15 can expand upon its comparative advantages of high payload capability to add additional weapon pylons as demonstrated in Boeing's “2040C” upgrade which would expand the F-15’s AIM-120D load from 8 to 16 missiles. When networked with F-35s and F-22s, upgraded F-15s would offset the limited internal weapons storage capacity of US fifth generation fighters. 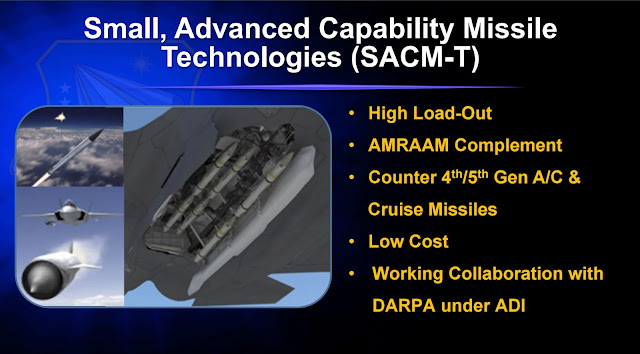 Proposals to “deepen the magazine” of the F-35 include small kinetic hit- to-kill interceptors such as CUDA and small advanced capability missile technologies (SACM-T) concepts. The concurrent development of the miniature self-defense munition (MSDM) follows a similar concept in which a kinetic interceptor is launched to defeat an adversary missile. The relative utility of a micro interceptor such as MSDM against a numerically superior adversary’s missiles is dubious from both a cost exchange and a finite payload capacity perspective in a similar manner as Navy deliberations to field high-end kinetic interceptors on large surface combatants against Russian and Chinese anti-ship cruise missiles (ASCMs). The ideal solution is to “shoot the archer before he shoots his arrows” in a similar manner as the F-14 was armed with long range Phoenix missiles against Soviet Backfire bombers carrying multiple ASCMs. This solution is achievable within the current fighter fleet either through a deep magazine on a low observable airframe, which thus has first shot first kill capability, or a fourth generation fighter or arsenal plane equipped with an extended range air-to-air missile well beyond the 100 nm range of the AIM-120D. The expansive weapon bays of both the B-1B and B-52, the two leading arsenal plane candidates, makes the fielding of a long range beyond visual range missile especially appealing. 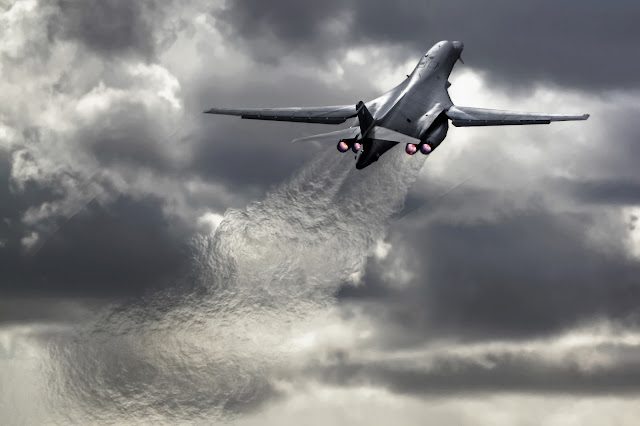 Image 5: Of the two most likely candidates for the arsenal plane, the B-1B bomber is superior to the B-52 at least within the air-to-air role. The B-1B's reduced radar cross section of approximately 1m^2 and maximum speed of mach 1.2 offers greatly enhanced survivability over the subsonic B-52. Planned modernization programs for the B-1B include the Scalable Agile Beam Radar (SABR) AESA radar, modified from the original F-16 AESA model, in addition to modernized cockpit displays and communication systems. Image Credit: Foxtrot Alpha, Tyler Rogoway.


In conclusion, the opportunity cost of restarting F-22 production is too high as it would delay the F-X which will be better suited to counter emerging anti-access/area denial (A2/AD) threats such as integrated air defenses networked with VHF radars. The USAF can leverage its interim solutions to expand the air superiority capabilities of its fighter force to reducing the risk of technologies associated with the sixth generation F-X such as the deep magazine capability and directed energy weapons. The USAF must emphasize mature technologies and extensive prototyping within the F-X program, in a similar manner as the LRS-B program, if it seeks to avoid the extensive program delays of the F-35. The combination of a longer range beyond visual range missile for the arsenal plane, 2040C F-15 upgrade, and a kinetic interceptor optimized against enemy fighter aircraft to expand the magazines for the F-22 and F-35 will enable the USAF to meet its air superiority requirements and contribute to broader inter-service efforts to attain all domain access against near-peer competitors.