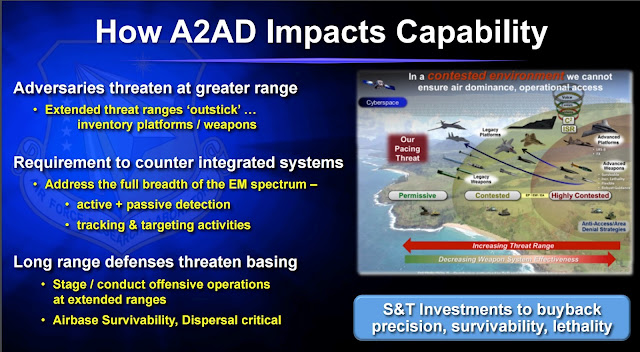 The US philosophy for air combat operations relies upon establishing situational awareness through advanced avionics and network centric warfare while denying situational awareness to the adversary through stealth, electronic warfare, and cyberwarfare. Thus, US aircraft like the F-22 and F-35 have "first shot first kill" capability against fourth generation aircraft such as the Su-35 and J-10. This strategy has been pitched as a means to defeat the anti-access/area denial (A2/AD) systems of near peer competitors such as Russia and China which are fielding increasingly capable weapons systems such that the US' technological superiority has been substantially reduced. However, the US strategy of obtaining situational awareness while simultaneously denying it to US adversaries is at least partially based on some erroneous assumptions: (1) US forces are also vulnerable to cyber and electronic warfare attacks to disrupt US networks and situational awareness, (2) the ability of US forces to conduct stand-off kills at range utilizing the "first shot first kill" capability will be diminished over time as probable US adversaries will utilize their own low observable aircraft, cyberwarfare, and electronic warfare which will both disrupt US sensors and lower the probability kill (pk) beyond visual range (bvr) air-to-air missiles. Furthermore, the United States Navy (USN) and United States Air Force (USAF) must cope with the reality that their fourth generation fighter forces will continue to operate well into the late 2020s and likely into the 2030s meaning they will not be able to fully field a pure fifth generation fighter force which would be able to most effectively implement the aforementioned strategy of obtaining situational awareness and denying it to the enemy. In order to remain competitive against near peer adversaries under these constraints, both the USN and USAF have a number of options between the late 2020s to early 2030s time frame before the advent of US sixth generation fighters. This series of articles will discuss options the USAF might develop to cope with the aforementioned challenges such as lowering the electromagnetic footprint of US aircraft, increasing the use of passive detection systems, and integrating fourth and fifth generation fighter operations.

Lowering the Electromagnetic Signatures of US Aircraft 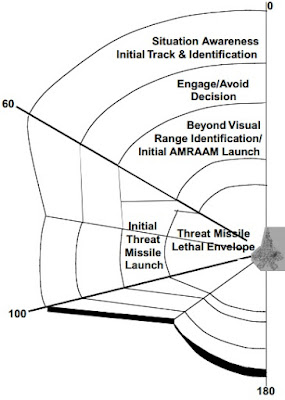 Within the next two decades, passive detection systems will become an increasingly important means of locating and tracking adversary aircraft in tandem with active systems such as radar. The United States maintains a comparative advantage in actively scanned electronic array (AESA) radars such as the AN/APG-77 and AN/APG-81 which enable the detection and tracking fighter sized radar cross section (rcs) targets at ranges exceeding 100 nautical miles. However, by virtue of actively emitting signals, radars can be located by passive systems such as radar warning receivers (rwr). Most American AESA radars have a low probability intercept (LPI) mode which mitigates but does not eliminate the possibility of passive detection. LPI software automatically manages the intensity, duration, and frequency of radar emissions such that minimal situational awareness is lost while maximizing the probability of avoiding detection (Sweetman, 2001). Similarly, the use of data links such as Link 16 can compromise the location of friendly aircraft to adversary forces by virtue of emitting signals. As with LPI radars, elaborate minimally detectable data links such as the advanced tactical data-link (ATDL) and Multifunction Advanced Data Link (MADL) mitigate the probability of detection by emission locator systems. However, the proliferation and growing capabilities of radio frequency threat warning systems, such as the Khibiny M, necessitate the USAF and USN to develop procedures to reduce electronic emissions.While US science and technology investments are on track to reduce the electromagnetic footprint of future US fighter aircraft, widespread operational changes must accompany these technological advancements to promote the ability of US forces to operate in a communications and electromagnetic spectrum denied environment.

The armed services have grown too accustomed to operating in a permissive environments against non-state actors. Vice Admiral Joseph P. Aucoin notes, US forces can dramatically reduce their electronic signatures as a result of operational rather than technological changes,


We have to have better discipline. For the last 15 years, we've grown very comfortable just going wherever we need having all the bandwidth, all the pipes cause we have been fighting these two wars overland...before that during the Cold War we did practice a lot of discipline, which has gone out of favor. We need to re-instill that...We need to be able to operate in a coms denied environment. 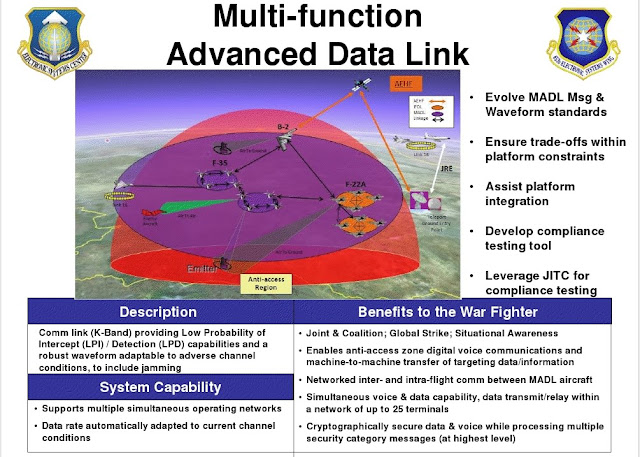 Instilling operational discipline is key within the context of the current doctrine of network centric warfare in which both USN and USAF aviators are expected to seamlessly share real time intelligence and threat data to grant US forces unmatched situational awareness. The Navy's Naval Integrated Fire Control-Counter Air (NIFC-CA) and USAF's "Combat Cloud" concepts epitomize how the services have failed to change their collective mindset from operating in a permissive to denied environment. As Jon Solomon astutely notes on Information Dissemination,

The fixation on technology relating to information dominance has a risk of making future US fighter forces network dependent as opposed to network-enhanced. Both Russia and China are developing tools which would limit the effectiveness of network dependent operational concepts such as NIFCA-CA; C4ISR nodes within US networks such as the E-2D are likely to be targeted (Fulghum, 2012). Cyber weapons have the potential to falsify radar data as well as to disrupt or even destroy US networks. Therefore, it is imperative that US pilots gain experience in future exercises or simulations which depict a realistic threat environment.

Part III will discuss the growing importance of passive detection systems and methods such as infra-red search and track (IRST) and Time Distance of Arrival (TDOA). 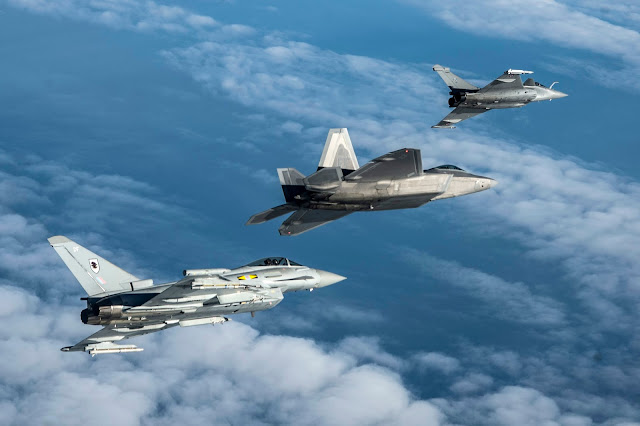 Given the lack of new articles since October 2015, I thought it would be appropriate to update readers on the status of the blog going forward into 2016. I will begin to publish articles as normal within a week to two weeks. A couple of topics I am considering writing about include: PLAAF training & PRC knowledge of US capabilities,  future TTP - countering foreign 5th generation threats part III, and should the USAF cut F-35 procurement to fund the LRS-B?  Feel free to suggest article topics or let me know if you have any questions or concerns. Thank you!