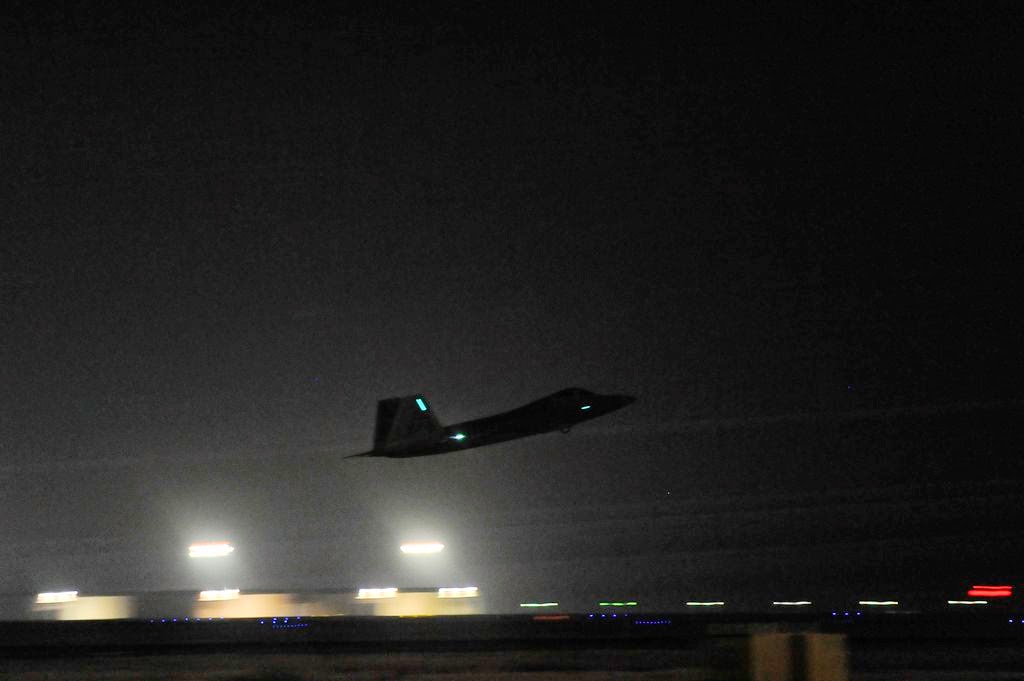 Image 1: F-22 taking off from Al Dhafra air base in the UAE to participate in operations over Syria. Image Credit: USAF, 2014.

American F-22s entered combat for the first time in the early morning hours of September 23rd. Roughly 200 munitions were expended on 22 targets by a mix of B-1B, F-15E, F-16, F/A-18, and F-22 aircraft along with 47 Tomahawk cruise missiles launched from the USS Arleigh Burke and USS Philippine Sea from the Red Sea and Arabian Sea respectively. A total of 48 US aircraft were joined by aircraft from Saudi Arabia, Jordan, the United Arab Emirates (UAE), and Bahrain which all served in direct combat roles. Qatar abstained from bombing targets in Syria but graciously provided logistical support and access to its facilities. According to Tyler Rogoway from Foxtrot Alpha, the following Arab aircraft participated in the strike:

The F-22s participating in the strike were likely from the 1st Figher Wing (FW) based at Langley-Eustis Virginia; A group of six block 35 F-22s from the 1st FW were sighted in transit to Al Dhafra air base in the UAE earlier in April (Cenciotti, 2014). The F-22s participated in the second of three waves of aircraft bombing ISIL, Al Nusra Front, and Khorasan Group targets.  Below is video from an unidentified aircraft recording an F-22 strike against an ISIL compound.

It is unknown if the aircraft participating in the strike were upgraded to the increment 3.1 standard which offers a host of significant improvements including: synthetic aperture radar (SAR) modes to the AN/APG-77, electronic attack capabilities, geo-location of electro-magnetic emitters, and GBU-39 Small-Diameter Bomb (SDB I) integration. If the aircraft were not upgraded to the 3.1 standard, it can likely be assumed the Raptors used 1,000 pound Joint Direct Attack Munitions (JDAM). However, in the author's opinion, the effects of the four of munitions used on the structure (two munitions can be observed hitting the structure at the 9 second mark and another pair of munitions can briefly be seen impacting the structure at the 11 second mark prior to the cut towards a farther distance perspective) in the video above are more consistent with the effects of four 250 lb SDB Is rather than four of the much larger 1,000 lb JDAMs.

Increment 3.1 aircraft would be significantly more useful to American forces striking targets in Syria relative to increment 2.0 aircraft given the SAR, SDB I, and geo-location capabilities; increment 3.1 upgrades allow the F-22 to become a potent suppression of enemy air defense (SEAD) aircraft. F-22s over Syria were likely assigned to protect other coalition aircraft in the event the Assad regime activated its integrated air defense system (IADS) or launched what remained of its air force in addition to preforming an air to ground strike (Mehta, 2014). The Syrian Air Force is equipped with Mig-21 and Mig-29 fighter aircraft but the combat readiness Assad's fighter fleet is questionable. However, the Syrian response was minimal in terms of actions despite the strong protest in rhetoric. Both Iran and Syrian officials were informed shortly in advance of the strikes and given assurances Assad regime forces would not be targeted. Syrian radar acquisitions on US aircraft were passive, indicating that Assad's forces sought to avoid confrontation (Pande & Babb, 2014).

It is notable that no report mentions the participation of of  Battlefield Airborne Communications Node (BACN) or similar "gateway" aircraft in support of strikes against ISIL. The F-22's intra-flight data link (IFTL) can only transmit and receive signals to other F-22s or specialized gateway aircraft which in turn translate the signal for other aircraft. Without a gateway aircraft, F-22s would only be able to receive Link-16 tracks (the standard data-link for many US-NATO equipped fighter aircraft ) and would be unable to transmit its own Link-16 tracks to other aircraft particpating in the strikes such as the F-16s (Majumdar, 2012). Until the Raptor fleet is upgraded to the 3.2A standard, F-22s will lack two way Link-16 capability. Raptor pilots might have resorted to using unstealthy radios in order to communicate with other coalition forces (emitter locator systems could theoretically detect transitions via conventional radios). However, given the deactivated state of Assad's IADS, the use of radios likely wouldn't be a significant issue.

As for the selection of targets, David Axe and Robert Beckhusen recently wrote how US signals intelligence assets have provided invaluable information to US forces in Iraq (and likely in Syria as well preceding the American air strikes). 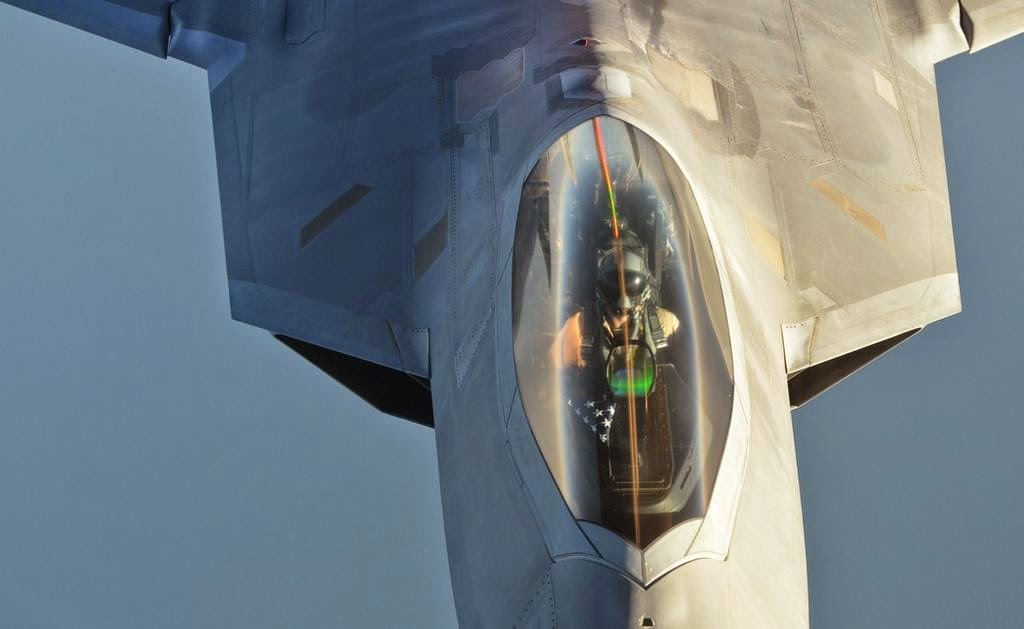 Image 2: F-22 pilot refuels from a KC-135 tanker after participating in operations over Syria. Notably, the pilot has an American flag in the cockpit, a customary practice during real combat operations (Cenciotti, 2014). Image Credit: USAF