Innovation and Air Dominance: 2025 and Beyond - Part I Intro 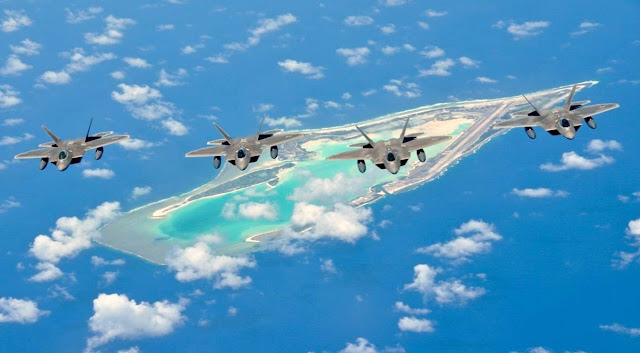 Author's Note: This article series will discuss the anti-access threat environment the U.S. is likely to encounter post-2025 and advocates for both a near-term systems of systems (SoS) solution to bridge the gap between current 5th generation and future 6th generation fighters.

Air superiority is a foundational objective to not only all other United States Air Force (USAF) core missions such as space control, intelligence, surveillance, and reconnaissance (ISR), rapid mobility, global strike, and command and control, but also air superiority is critical to the success of the joint force and a core tenant of the American way of war.[1][2] In the post-Cold War era, the USAF and U.S. policymakers have become accustomed to uncontested freedom of action across multiple domains in permissive environments such as Iraq and Afghanistan. The lopsided success of coalition forces against the integrated air defense systems (IADS) of Iraq in 1991 and Libya in 2011 are attributable to both technological and training advantages of coalition forces. The overwhelming capabilities of American airpower have become associated as a uniquely American capability to destroy an adversary’s means to wage war at minimal cost. The formidable reputation of American air power thereby serves as a powerful deterrent.[3] However, the technologies which form the basis for the U.S.’ current qualitative military edge provided by the second offset strategy have proliferated to U.S. strategic competitors such as the People’s Republic of China (PRC) and the Russian Federation. Anti-access/area denial (A2/AD) threats severely constrain the U.S. ability to project power, maintain freedom of action, and secure use of the global commons which are historically integral U.S. national security objectives.[4]
The PRC’s A2/AD strategy in particular threatens many of the core national military and security objectives outlined by the Joint Chiefs of Staff such as: protecting vital economic interests, U.S. allies, and U.S. overseas territories.[5] The combination of the evolving threat environment and the 15 to 20 year traditional weapons acquisition process has elevated the sense of urgency within the USAF to rapidly field capabilities to address the threat environment to the joint force.[6] This paper will propose (1) fielding a modular low cost systems of systems (SoS) approach to air superiority between 2025 and 2030 and (2) accelerating the USAF’s sixth generation F-X program to replace the fifth generation F-22 in the dedicated high-end air dominance role with an initial operational capability (IOC) no later than 2035. An analysis of the expected future threat environment will be provided prior to an examination of the SoS proposal, the F-X program, how the USAF could accelerate the program, budgetary considerations, and relevant counter arguments. 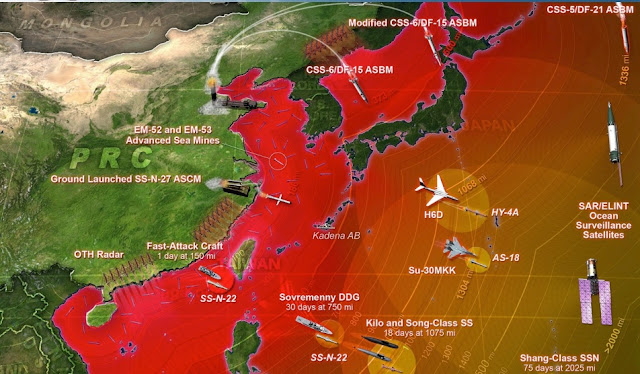 The People’s Liberation Army (PLA) was largely a poorly trained, Soviet equipped, and manpower centric defense force for much of the 1970s and 1980s. The decisive results of the Persian Gulf War surprised many PRC strategic planners and contributed towards an internal belief within the PLA that it was insufficiently prepared to confront the U.S. and that a conventional force-on-force engagement with the U.S. was not a viable option.[5][6] The general deterioration of Sino-U.S. relations following Tiananmen Square in 1989, the Third Taiwanese Strait Crisis in 1996, and the U.S. bombing of the Chinese embassy in Kosovo in 1999 all provided the impetus for China's development of its current A2/AD strategy and transformative military modernization effort.[7] In 2015, the PRC spent $215 billion on its military making it the second largest source of global military expenditures after the U.S.[8]The PRC’s modernization effort more broadly is contextualized by its national objectives set by the Chinese Communist Party (CPP):
·         Perpetuating CCP rule;
·         Sustaining economic growth and development;
·         Maintaining domestic political stability;
·         Defending national sovereignty and territorial integrity; and
·         Securing China’s status as a great power and, ultimately, reacquiring regional preeminence[9]
The PRC leadership has clearly shown its preference for asserting regional hegemony by gradually altering the status quo by coercing U.S. allies below the threshold of overt military force.[10] However, the PRC actively seeks “counter intervention” capabilities (反侵入 or 反干涉) which facilitate PRC regional hegemony by denying the U.S. the ability to intervene on behalf of threatened U.S. allies such as the Philippines, Japan, or Taiwan in the event of hostilities.[11] To constrain US power projection near its shores, the PRC has implemented a host of A2/AD systems including: sea mines, anti-ship cruise missiles, electronic and GPS jamming, submarines, anti-satellite weapons, conventional land attack and anti-ship ballistic missiles, and extensive surface to air missile systems (SAM) networked with air power.[12] These systems collectively limit how close US forces can safely operate in proximity to the PRC. The PRC’s acquisition of advanced SAMs such as the HQ-9 and advanced fifth generation fighters such as the J-20 and J-31 are a particularly significant challenge to U.S. regional air power.
While the F-22 provides unmatched air superiority capabilities, the original requirements for the F-22 are becoming less relevant for the Asia-Pacific threat environment of 2030, particularly its limited range. The original Advanced Tactical Fighter (ATF) program requirements called for a fighter which could penetrate Soviet and Warsaw Pact airspace from a network of nearby bases in Western Europe.[13] Any sixth generation solution to bolster U.S. air superiority capabilities in the not too distant future of 2030 will face the following challenges with respect to the Asia-Pacific region in support of the Administration’s pivot:

Image 3: Approximate distances of U.S. and allied air bases in the Western Pacific relative to key areas of interest. The F-22’s unrefueled internal stores only combat radius at is 410 nautical miles (nm) with a ferry range of at least 820 nm: blue = locations with no inflight refueling required per sortie, yellow = at least one per sortie, red = at least two per sortie.[18][19][i]

In response to the evolving threat environment, the USAF continues to work with its sister services to devise means to counter A2/AD capabilities under the Joint Concept for Access and Maneuver in the Global Commons (JAM-GC) operational concept, formerly Air-Sea Battle.  JAM-GC is not a war plan nor is it directed at any one country, rather JAM-GC’s purpose is to provide an operational level description on how the joint force will gain and maintain freedom of action across all domains in the global commons. Attaining freedom of action is necessary as it is the precursor to all other operations including deterrence and power projection.[20] Under JAM-GC, the joint force will conduct networked integrated operations capable of attacking in-depth to disrupt, destroy, and defeat adversary forces.[21]
The USAF will comprise a core component of the joint force’s collective capability to attack in-depth through a highly contested A2/AD zone with a mixed force of F-35s, B-21s (LRS-B), and sixth generation F-X fighters. Without a sixth generation F-X to provide air superiority, the ability to attain freedom of action for the joint force is compromised. The F-X’s extended range, deep magazine capacity, and broadband all aspect stealth will enable the F-X to survive in the most contested A2/AD environments and execute key air superiority and destruction of enemy air defense (DEAD) missions. However, between late 2015 to early 2016, the USAF has grown increasingly noncommittal towards pursuing an F-X platform given the immediate needs of the service relative to the acquisitions process.[22] The hesitation to commit to an F-X platform within the USAF coincides with the broader Department of Defense’s (DoD) third offset strategy, a competitive strategy which seeks to maintain the U.S. military’s qualitative technological superiority over near-peer adversaries.


[i] Total trip distance is twice the distance from the area of interest relative to the base. The number of full aerial refueling required is calculated by dividing total trip distance by ferry range. This is an approximate figure as the aircraft will have extra fuel upon reaching its maximum combat radius to conduct its mission i.e. patrol an area before returning to base.
Posted by Matt at 10:52 PM